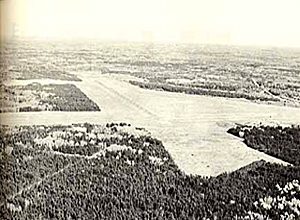 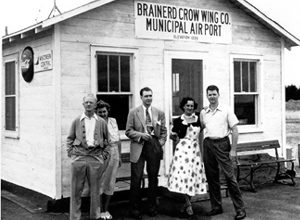 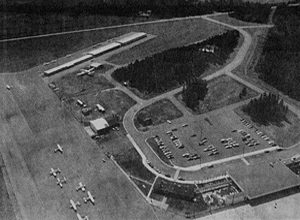 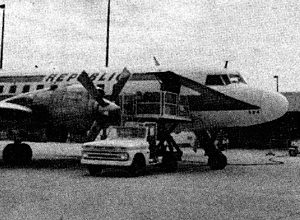 The air travel in the Brainerd Lakes Area traces its history back to the 1920s when Henry Rosko housed the first airfield in the region. But by the 1930s, his field could not be expanded to meet the growing demands of the aviation industry. In time, Rosko’s field was abandoned, and the city sought acreage east of Brainerd to build a municipal airport. Due to the size of the land, Crow Wing County was solicited as a partner and, in 1945, the City of Brainerd purchased about 900 acres on what is now Highway 210. Within this land, a large field was surveyed.

In the 1940s, this land acquisition and planning was a big project. Developing an airport would make Brainerd and Crow Wing County points on a national system of air travel, similar to what the railroad did to the region more than 50 years earlier.

In 1947, Brainerd resident Walter Wieland urged the City of Brainerd, in conjunction with Crow Wing County, to develop an Airport Commission in an effort to own and operate an airport. An application was made to the U.S. government for financial assistance to build the airport complex. Money from local, state, and federal sources combined to create the airport.

Initially, two runways were constructed at the airport—runway numbers 1/19 and 12/30, and the complex housed a maintenance hangar and a small office. The fixed base operator (FBO) was in charge of the airport operations with financial oversight from the City of Brainerd’s clerk’s office.

In 1948, North Central Airlines, formerly known as the Wisconsin Central, was the first commercial service to fly into Brainerd. The aircraft was a 10-passenger Lockheed 10A. This first service offered one round trip per day, providing weather conditions were right.

The early years saw few passengers and a small amount of freight. The airport’s future seemed threatened, but the economy grew and so did travelers’ thirsts for the great northern Minnesota adventure.

In 1965, the Brainerd-Crow Wing County Municipal Airport was officially renamed the “Walter Wieland Field,” in honor of its founder, eventually transitioning to the current name of “Brainerd Lakes Regional Airport” (BRD).

In the 1980s, runway 4/21 was realigned, lengthened, and widened, becoming 5/23. A commercial service airline terminal was constructed. North Central Airlines became Republic, then Republic Express, before evolving into the current carrier of Mesaba/NW Airlink. The 1980s also brought a new maintenance/ARFF building, a firetruck was added, as well as full-time staff, including an airport manager.

In 1990, the Airport Commission adapted a 20-year comprehensive plan (1990– 2010), which identified the need for a new commercial service runway. Runway project was surveyed and planned. An additional aircraft maintenance hangar was built. The terminal building was remodeled, expanded, and connected to the GA terminal. As a part of this construction, administrative offices and a conference room were added, as well as space for an additional air carrier.

In the 2000s, the approval of runway 16/34 involved a wetland mitigation and the relocation of the DNR tanker base.

Today, the 1,475-acre site hosts up to five flights daily in the summer. General aviation plays a major role at the airport with seven, 10-unit t-hangars and 11 private hangars. Airmotive Enterprises is the airport’s Fixed Base Operator (FBO) and offers charter plane service all over the country. Flying lessons are also given. The Civil Air Patrol has a base at the airport, as well as North Memorial Air Care, Life Link III, Brainerd Helicopter Service, NorthPoint Aviation, car rental companies, and Wings Café—a full-service restaurant.

Throughout the history of the airport, it has consistently received strong support from both the city of Brainerd and Crow Wing County. This community support, partnered with assistance from the Federal Aviation Administration (FAA) and the MN Office of Aeronautics, has built the Brainerd Lakes Regional Airport (BRD) into a first-class facility positioned for the future.